Share a memory
Obituary & Services
Tribute Wall
Read more about the life story of Arleen and share your memories in the Tribute Book.

Arleen R. Branson, 96, of Lyons, Kansas, passed away November 22, 2022, at Country Living of Lyons. She was born April 20, 1926, on her parents’ farm south of Bushton, Kansas, the daughter of Elmer and Anna Schroeder Wesseler. Arleen had stated that she had a fun and interesting childhood growing up on the farm with her brother Orville. She was the last surviving member of the class of 1944 at Bushton High School. Arleen attended Southwestern College in Winfield, Kansas and then Adela Hale Business Career School in Hutchinson, Kansas. She returned to Lyons to start her young adult life and worked in Lyons for the Rice County Ag Department and in the office of the local physician, Dr. Hill. Arleen met and married A.L. “Linc” Branson in Lyons in 1947 and over the next 30 years raised their family of four children and helped Linc manage and operate the family-owned trucking company, Branson Truck Line. When they sold the truck line in 1979, they spent the next fifteen years living in various parts of the United States, but never sold their home in Lyons, and returned to it to live out their retirement years. After the passing of her husband in 2004, Arleen lived in Lyons, Hutchinson, Great Bend, and Kansas City for the next ten years. She returned to Lyons once again for the third time in 2018 for the rest of her life. Arleen was a member of the First United Methodist Church, Lyons, Order of the Eastern Star, and former President of Rice County Food Bank. She enjoyed volunteering for the Lyons Chamber of Commerce. She is survived by her three children, Donald Branson and wife Carl Connor of Prairie Village, KS, Gaila Demel and husband Maurice of Ellinwood, KS, and Nancy Lester and husband Morgan of Melbourne, FL; five grandchildren; seven great-grandchildren; and three great-great-grandchildren. Arleen is preceded in death by her parents; daughters, Pamela Branson and LaVonda Branson; sons-in-law, Daryle Nielsen and Conrad Odell; daughter-in-law, Cheryl Nielsen; brother, Orville Wesseler; and granddaughter, Debbie Nerich. Funeral service will be at 2:00 P.M., Saturday, December 10, 2022, at the First United Methodist Church, Lyons, with Pastor Chris Lehew officiating. Arleen requested that her body be donated to the University of Kansas School of Medicine for medical student education. Memorials may be given to First United Methodist Church, Lyons or Rice County Community Foundation in care of Birzer Funeral Home, Lyons. 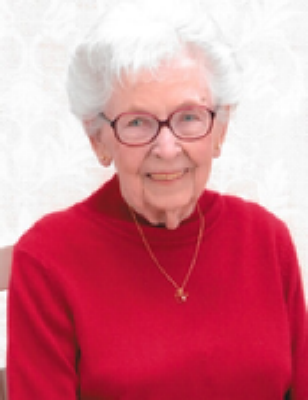